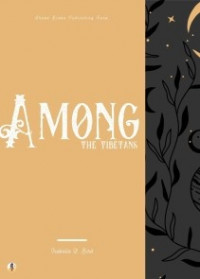 "There never was anybody," wrote the Spectator, "who had adventures as well as Miss Bird." In Among the Tibetans you can see why, as Isabella Lucy Bird writes of her journey through the Himalayas on horseback and of her four months of living with "the pleasantest of people." She offers evocative and colourful descriptions of Tibetan rituals and culture, along with vivid descriptions of its villages, monasteries, temples and palaces. "Up to Kargil the scenery, though growing more Tibetan with every march, had exhibited at intervals some traces of natural verdure; but beyond, after leaving the Suru, there is not a green thing, and on the next march the road crosses a lofty, sandy plateau, on which the heat was terrible - blazing gravel and a blazing heaven, then fiery cliffs and scorched hillsides, then a deep ravine and the large village of Paskim (dominated by a fort-crowned rock), and some planted and irrigated acres; then a narrow ravine and magnificent scenery flaming with colour, which opens out after some miles on a burning chaos of rocks and sand, mountain-girdled, and on some remarkable dwellings on a steep slope, with religious buildings singularly painted. This is Shergol, the first village of Buddhists, and there I was 'among the Tibetans.'"