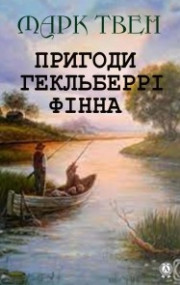 The Adventures of Huckleberry Finn

This novel is usually called the best work of Mark Twain and one of the contenders for the title of the Great American Novel. Written in the first person by Huckleberry Finn, the second by Tom Sawyer and the narrator of the next two books, Tom Sawyer Abroad and Tom Sawyer Detective. Heck, who was remarkably rich with Tom Sawyer, was placed in the care of widow Douglas, who, along with her sister Miss Watson, tried to "civilize" him. Huck appreciates their attempts, but finds civilized life limited. Life suddenly changes when Heck's father, a bully and an alcoholic, appears in the city. Although Heck manages to secure his fortune from his father, the latter gets the right through the court to take Heck into the woods, where he keeps Heck locked inside his house. Dissatisfied with life with his father, Huck flees the Mississippi River, before staging his death.